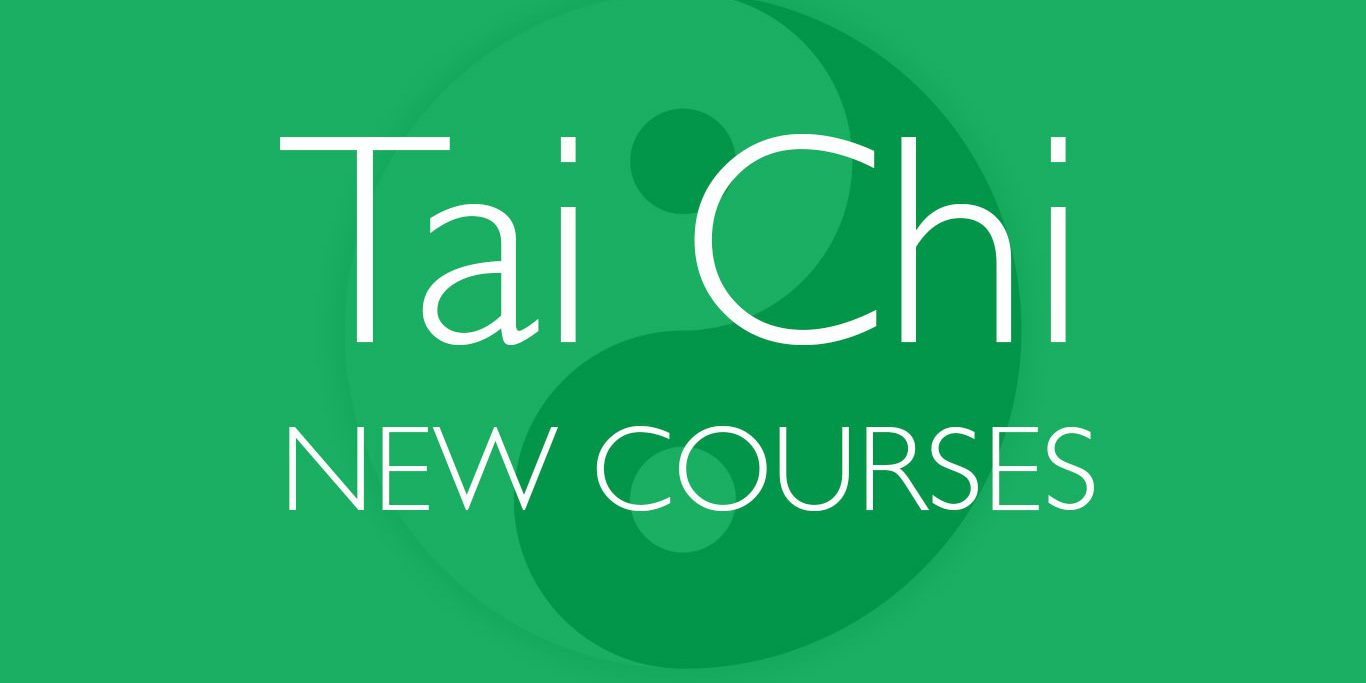 We are delighted to launch a further Tai Chi course with the outstanding Simon Watson. If you have ever wanted to try Tai Chi then this is the perfect opportunity to learn from the very best.

This 4 week course is being launched at the subsidised price of just £8.00. To book your course, simply visit your Member Portal and book online.

Its soft, fluent and harmonious movements aim to improve energy circulation within the whole body, to loosen the joints, tone up and oxygenate the muscles and to relax the nervous system.

The system is an extremely comprehensive one. Some exercises are designed to “soften” the body and develop flexibility, others relate directly to specific organs, while others have a more general effect on the health. There are both standing and sitting forms, making the system accessible to people of all ages and physical conditions.

Dao Yin Yang Sheng Gong therefore has three aspects which make it such a valuable contributor to health care.

First it is preventive. People in good health may practise in order to maintain and enhance their robustness.

Secondly, it is curative. People suffering from a particular condition (for example angina), may practise the appropriate exercises in order to help to alleviate that condition. N.B. Members of the English Dao Yin Yang Sheng Gong Association never claim that Dao Yin Yang Sheng Gong is a substitute for conventional medicine, and people interested in exploring the curative aspect of these exercises should only do so with the full co-operation of their doctor. Under no circumstances should anyone substitute these exercises for prescribed medication.

Thirdly, Dao Yin Yang Sheng Gong is recuperative. For example, someone who has suffered a heart attack, might practise the appropriate exercises with great benefit during their return to health. Once again, one should not introduce these exercises into a recuperation programme without the full support of one’s doctor.

Several clinical tests made in China and examinations done by medical specialists and researchers from all over the world, have shown Dao Yin Yang Sheng Gong to be effective in improving the health, preventing and healing many acute and chronic diseases without showing any side effects.

Although full scale trials have not been done in Europe, there are exciting results being seen by teachers working with people dealing with a whole range of conditions including stress related problems, back pain, heart disease, asthma and even very serious conditions such as Parkinson’s Disease.

Simon Watson began his training 21 years ago with his father Richard Watson. Since the formation of Longfei in 1991 he has trained extensively with his father, Professor Li De Yin and Master Wang Yanji. He has had a successful career in British Taiji competition and has been team captain to the British Wushu Team for both the European and World Wushu Championships.

In the spring of 2008 Simon was made a Disciple of Professor Zhang and awarded a 6th Duan for his efforts promoting Daoyin Yangsheng Gong throughout the United Kingdom for the previous 19 years. Professor Zhang was very enthusiastic about Simon’s work and he has been invited back for further study.

Discover Our Many Varieties of Yoga
January 25, 2023