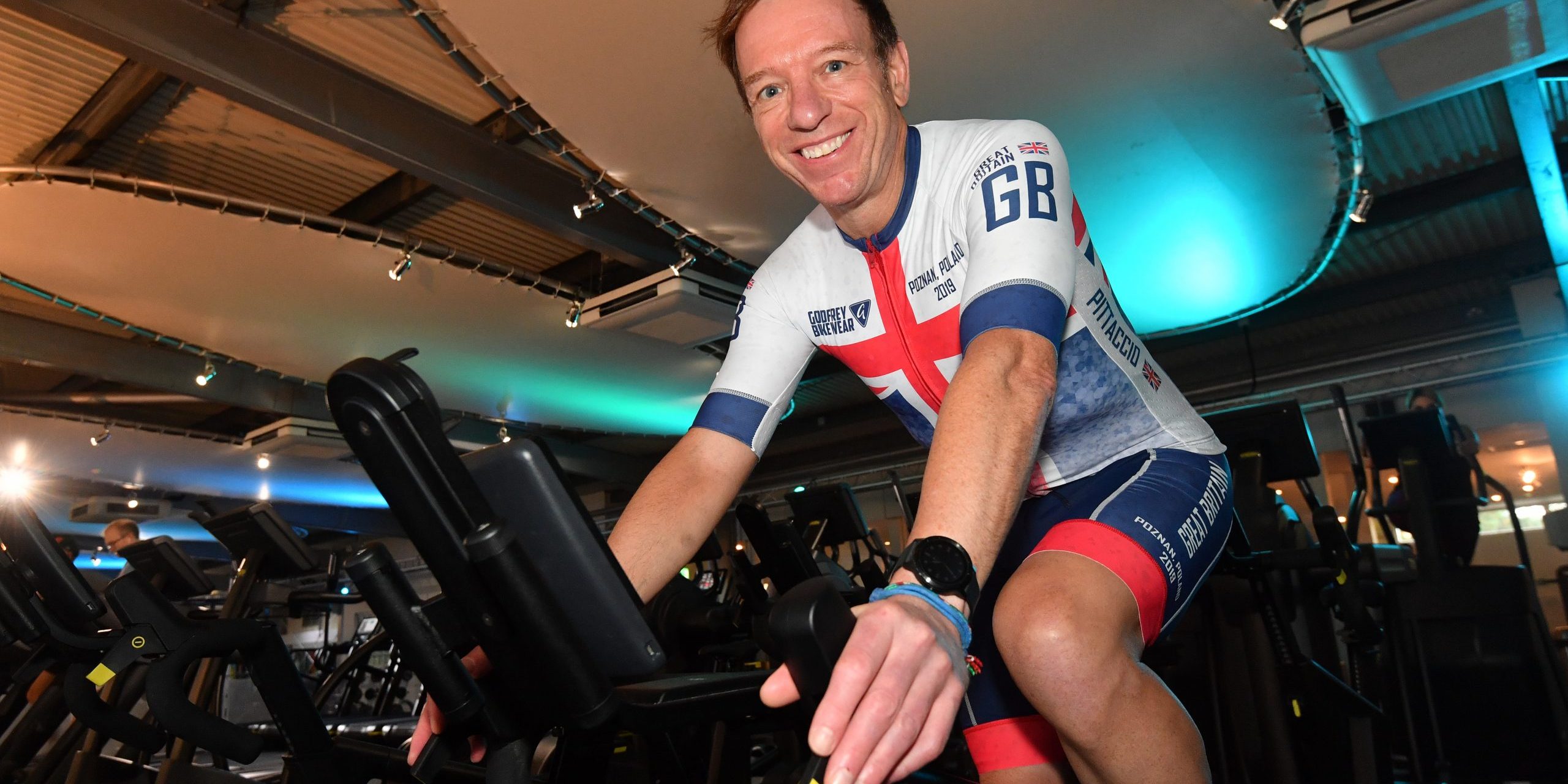 Many of you will recognise Mark Pittaccio: Known as Pitsi by many, he is a long-standing member of Odyssey Health Club, a spinning and cycling enthusiast, and coach at Datchworth Rugby Club.

Here is a snapshot of Mark’s story, and how he came to compete in such a prestigious ride…

He started cycling 11 years ago with some of his old rugby team mates just to stay fit after finishing their playing careers. The charity riding first started in response to losing two rugby friends through leukaemia which prompted a 1000-mile ride around the UK raising £50,000 for leukaemia research. News of this feat reached a charity who were looking to start a charity version of the most famous bike race in the world, the Tour de France. The challenge would see participants complete the whole three-week tour seven days before the professionals. 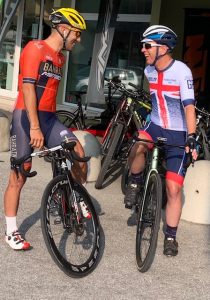 There were 12 riders on the start line in 2010. Now all 50 charity places for the full tour sell out in minutes and over 150 riders also join in for part of the tour. Each year the ride now raises in the region of £400,000 and supports projects that help the hardest to reach youth through sports and arts projects. From coaching youth rugby for 30 years, Pitsi really understands the power that sport has to change lives and the benefits that sport can bring to young people in terms of social inclusion, confidence and a sense of self-worth. As Mark says, ‘it is easy to judge sometimes, but I don’t know how I would have turned out given the start that some of these kids have endured. Our projects help to instil confidence, provide skills and change attitudes giving them a purpose and a sense of personal value. Their contribution to society then becomes a positive one.’

Nearly ten years after the first Mark decided to do his third and last Tour de France ride in 2019. It was billed as the highest Tour de France route in history – 3521 kms of riding over 21 days and over 54000 metres of climbing. Things didn’t get off to a great start. He suffered a broken rib and a deep cut to the knee from crashing on the Belgian cobbles in 41-degree heat on the opening stage. He carried on regardless but as he says ‘it’s a binary decision in cycling. Either you go or you stop.’

Having completed what was regarded as a pretty brutal tour, Mark returned home but was still struggling with injuries and although the Tour de France was finished, he still had another major event ahead. “Yes, I qualified for the World Championships by accident!” he says.

Earlier in the year Mark went to ride the tour of Cambridge with some friends but accidentally entered a different event. ‘I was led past the start line that my friends were directed to and into this starting pen at the front. Everyone went off like a herd of stampeding horses, so I just held on for 100 miles. A week later I received an email from the Tour of Cambridge apologising for the mix up in my entry but stating that I had been timed in an official event and had qualified to ride in the amateur world championships in Poland. I didn’t think a great deal about it but my friends, colleagues and particularly my youngest daughter were very insistent that I go.’

However, Mark’s injuries just weren’t recovering or more to the point he wasn’t letting them. ‘Emma, Michelle, Julie and Liz had been fantastic in helping me prepare for my events in the spinning studio. Now I needed Brad in the physio room to talk sense and try and put me back together.’ This meant no training at home for nearly three weeks. The next time Mark would be on a bike was on a planned training trip to Switzerland and the mountains there proved a lot tougher than they would normally have done.

Mark then headed on to Italy and the mountains around Lake Garda. This is an area he has had an association with for many years. His friend there owns a local bike shop and heard of his lack of preparation. He contacted Mark and said that he had a few friends who would help him with a bit of speed work. A few days later he found himself riding with Sonny Colbrelli, one of the world’s fastest riders who will be joined at pro team Bahrain McLaren by Mark Cavendish next season. Mark describes it as ‘the cycling equivalent of having a kick about with Raheem Sterling or a knock about with Roger Federer. It was mad!’

Joined in the campervan by family and dogs, Mark left Italy and headed north through Germany to Poland. He then wore the GB kit and competed in the World Gran Fondo in Poznan describing it as a fantastic experience. It was colourful, competitive and challenging. The standard was high and a creditable finish halfway down the field was achieved.

Conditions were hot for the 151 km race which went off like a bullet. Mark was with the peloton until a crash broke it up and he was caught on the wrong side of it. Eight riders got together, and chain ganged for about 80kms. ‘Towards the end we were picking up younger riders with earlier start times. At one point I looked back to find a Brazilian, two Spaniards, a Mexican and Japanese bloke on my wheel. That’s either a fine example of international cooperation or the start of a very bad joke! There were a lot of crashes and the heat played a part with a lot of DNFs. The standard was high and there are some very organised teams, unlike me and a couple of blokes from Bolton that I met on the start line. Still I didn’t leave anything out there. It was full on.’ 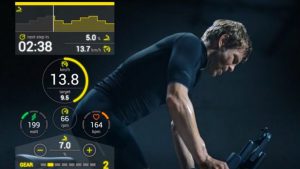 The new equipment in the gym has been fantastic, particularly the SKILLBIKES and the brand-new Group Cycling bikes that arrived at the end of last year – the spinning instructors, fitness team and physios have all helped me prepare since January. It’s a running joke that I don’t always like the music, but I have huge respect for the spinning team and really appreciate how they helped me. Also, Brad did a great job of getting me into some sort of shape to at least have a go at the world championships. I could barely walk after my knee blew up after the Tour de France and he gave me the chance to compete in Poland.

I am a behavioural economist and consultant and do a lot of public speaking around the country. I always use a local gym where I am staying and can honestly say that Odyssey Health Club is one of the best equipped health clubs in the country. In my case though, it wasn’t just the kit that helped, it was the people at Odyssey as well.

We use cookies to ensure that we give you the best experience on our website. If you continue to use this site we will assume that you are happy with it.OkNoPrivacy policy